Malaysia is a multinational country, so it is not surprising that every month the country celebrates one or another holiday. A mixture of many religions and beliefs of different peoples has given rise to a large number of colorful and interesting ceremonies, the roots of which are lost in the mists of time. But, what is most surprising, in this Muslim, allegedly “intolerant” country, Christian, Hindu and Chinese holidays are celebrated even more than Islamic ones.

According to simplyyellowpages, Malaysians celebrate the New Year on the first of January. However, in states with a majority population of Muslims (Johor, Kelantan, Kedah, Perlis, Terengganu), this holiday is still ignored. One of Malacca’s favorite holidays is Christian Easter. With no less enthusiasm, on July 26, the Feast of St. Anne is celebrated in Penang. Masses are celebrated for nine days at St. Anna in Bukit-Mertajam, and on July 26 and 29 there is a night procession with candles.

The last day of the holy fast of Ramadan is considered by the Malays to be a holiday called Hari Raya Pussa (Aidip Fitri). Muslims celebrate it in the home circle. No less popular is the birthday of the Prophet Muhammad, which is also considered a day off. But you will not see any fun on this holiday: on the birthday of the prophet, Muslims only read the Koran in mosques.

Only a real Chinese can understand the true atmosphere of such ancient national holidays as the Chinese New Year, which officially lasts two working days, but in reality turns into a two-week vacation; Chinese Feast of All Saints Cheng-Beng; Feast of Hungry Ghosts, which lasts the entire seventh month of the lunar calendar; the Mooncake Festival, celebrated by the Malaysian Chinese to commemorate China’s victory over the Mongols during the Yuan Dynasty; Feast of the Jade Emperor. But especially colorful Chinese celebrations are the Mooncake Festival and the Lantern Festival. The Mooncake Festival is purely patriotic. When there was a war with the Mongol occupiers, the Chinese passed secret messages to each other in “cakes round like the moon.” There is a more beautiful legend: one king, tyrant and oppressor of his own people, ordered to prepare for himself a drink of immortality. His wife loved her subjects very much and decided to destroy this elixir. She drank the drink and flew to the moon. Since then, the moon has radiated the light of her mercy on people. And the people in honor of the compassionate queen eat moon cakes. The origin of the Lantern Festival is as follows: once an evil dragon wanted to eat the light. Then the parents handed out flashlights to the children, and the monster, not knowing which lamp to start with, fell into despair and died. Almost everyone has forgotten about the ancient legends, but still these days the Chinese eat cakes resembling the moon, and take to the streets with lanterns, so that with true Chinese theatricality – with costumed processions, dances and performances by artists.

No less ancient legends and myths are fanned by the holidays of Malaysians of Indian origin. One such holiday is Vesak, which falls on the full moon day of the second month of the Indian calendar. This is the most important holiday in the Buddhist calendar. On this day, three great events happened at once in the life of the Buddha: his last earthly birth, enlightenment and immersion in nirvana. Between the first and the last event, 80 years passed, but according to the traditional biography of the Buddha, all this happened on the same day. On the festival of Vesak, it is customary to release pigeons from their cages and give donations to the monks. For a whole week, monks talk about the life of Buddha in temples, solemn processions move around temples and monasteries, depicting theatrical versions of these three events. On this day, it is customary to decorate local temples.

The festival of Deepavali is also associated with the light of lanterns and lamps, which literally translates as “a row of lights.” It has been celebrated in India for over 5,000 years and marks the end of the rainy season and the beginning of winter. It symbolizes the path from darkness to knowledge, the victory of truth over lies and good over evil. This is the time when farmers were harvesting and merchants set sail to travel to other countries. Small oil lamps <vikku> are lit in houses on this day, as a symbol of the victory of light over darkness, good over evil, and Krishna over the tyrant Narakasura. Indians believe that on this day Lakshmi, the goddess of wealth and the wife of Vishnu, descends to earth, and you need to propitiate her so that she favors you next year. On the day of Deepavali, the house and body are put in order: new clothes represent the dressing of the inner self in something new.

Thaipusam is a non-working day in the states of Penang, Negri Sembilan, Perak, Selangor, where a large number of Indians live, but it is celebrated with particular pomp in Kuala Lumpur. It is a Tamil holiday celebrated in January at Sri Mahmashmarian Temple. At this time, the priests perform a shocking ritual – they pierce the bodies with hooks and drag a chariot on hooks across Kuala Lumpur, on which stands a statue of the goddess Thaipusam. In India, this holiday is considered heretical and officially banned, so Tamils ​​from all over Asia come to perform their rituals in Kuala Lumpur, where more than two million of them gather every year.

In this cheerful country, there are many holidays that do not bear the imprint of religiosity, but do not become less cheerful and colorful because of this. One of these holidays is the Festival of Flowers, which is held every year in July. These days, the cities of Malaysia are flooded with a multi-colored fragrant sea, competitions for the best flower decoration are held in hotels and shopping malls. And in September, the people of the country widely celebrate the Malaysian Festival. The two-week holiday takes place in Kuala Lumpur, and all 13 states of the country participate in it. Particularly patriotic are also the Day of the Federal Territories, which takes place on February 1 in Kuala Lumpur and Labuan; Independence Day, which is celebrated on August 31, and a national holiday, the King’s Birthday.

Speaking of weekends: in this Muslim country with a colonial past, holidays do not coincide in different areas. In the states of Selangor, Malacca, Penang, Perak, Pahang and Negri Sembilan, which were under British administration, the day off is the second half of Saturday and all of Sunday. In the states of Johor, Kedah, Perlis, Terengganu and Kelantan, which were semi-autonomous sultanates during the British rule, the traditional day off was preserved – the second half of Thursday and Friday. However, no matter what day you become a guest of this vibrant country, it will surely seem like a holiday to you. 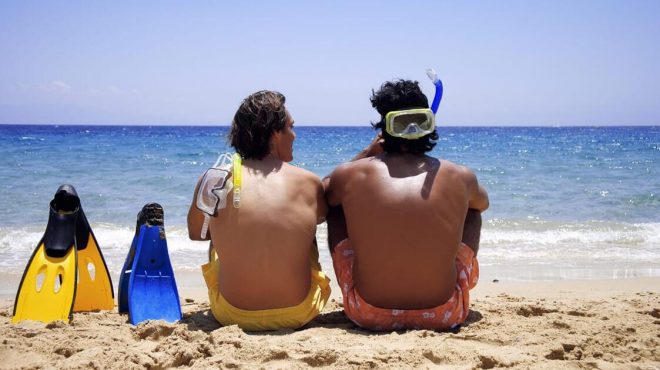