Origin and birth of the State of Israel

Towards the end of the 19th century, the spread of Zionism fueled various waves of Jewish migration from Europe to Palestine (➔ # 10132;). After the end of the First World War and the dismemberment of the Ottoman Empire, when the region was entrusted as a mandate to Great Britain, the statute of the mandate acknowledged the commitments undertaken by the latter with the Balfour declaration (1917) in favor of the creation of a ‘ Jewish national home ‘in Palestine. The growth of the Jewish presence, which intensified in the 1930s with arrivals coming mainly from central and eastern Europe, sharpened the anti-British and anti-Jewish Arab opposition, which resulted in a revolt in 1936, which lasted until 1939. With the White Paper of 1939 Great Britain formulated a project that provided for the birth within 10 years of a single independent state, which would guarantee the essential interests of both communities; it also limited Jewish immigration and land purchases. World War II the situation remained de facto frozen.

According to a2zdirectory, after 1945 the crisis re-exploded with violence, also connected to the illegal immigration of the survivors of the Shoah and to the actions of the Jewish paramilitary movements. Great Britain referred the matter to the United Nations: in 1947 the General Assembly approved a plan for the partition of Palestine between a Jewish state, an Arab state and an area, including Jerusalem, to be submitted to UN trusteeship. Immediately rejected by the Arabs, Resolution 181 also established the termination of the British mandate by 1 August 1948. While the fighting between the two communities had raged since the previous November, on 14 May 1948 the State of Israel was proclaimed: the day followed by the armies of Egypt, Syria, Transjordan, Iraq and Lebanon invaded the territory of the new state (for the wars that involved Israel and the neighboring Arab countries between 1948 and 1973, ➔ Arab-Israeli, wars). The conflict led to the conquest by Israel – who had been assigned 56% of the territory of the mandate – of a large slice of that belonging to the Palestinians (including the western sector of Jerusalem); the Gaza Strip was occupied by Egypt, while the West Bank (including the eastern sector of Jerusalem) was annexed by Jordan and the planned Palestinian state did not see the light. The over 850,000 Arabs already residing in the area acquired by Israel were in the great majority forced to flee from war operations (about 750,000 refugees flocked to the West Bank, Gaza and neighboring Arab countries).

After the creation (May 1948) of a provisional government, chaired by Labor leader D. Ben Gurion, the first Knesset (Parliament) was elected in 1949. President of the Republic became C. Weizmann. Labor supremacy, confirmed by the first parliamentary elections of 1949, resulted in his staying until the 1970s at the head of all government coalitions. In the office of prime minister were succeeded D. Ben Gurion (1948-53; 1955-63), M. Sharett (1953-55), L. Eshkol (1963-69), G. Meir (1969-74) and Israel Rabin (1974-77). On the right side, from the Herut alliance(Libertà), founded by M. Begin in 1948, with the accession of the liberals the Gahal (acronym of Gush Herut-Liberalim) was born in 1965 which, merging with other parties in 1973, would have given life to the Likud (Union), with an enlargement the area of ​​influence of the nationalist right.

No Arab state recognized Israel and the conflict with its neighbors led the state to pursue permanent military superiority over them; the effort necessary to ensure this objective, alongside the absorption of immigrants and the development of the country, was supported thanks to the enormous aid from abroad, in particular from the United States, to which, since 1952, reparations for Nazi crimes were added paid until 1966 by the Federal Republic of Germany.

The Law of Return, which conferred Israeli citizenship on all Jewish immigrants, and the Law on Absentee Property, which allowed the expropriation of Palestinian refugees’ property, laid the foundations for the construction of a state with a clear Jewish majority. The right of the Arab refugees on return, recognized by the UN (1948), remained almost completely inapplicable. Until the early 1970s the migratory flow from abroad remained consistent due to the significant contribution of Jewish immigration from Arab countries. The contribution of the Sephardi component significantly changed the composition of the Israeli Jewish population, mainly Ashkenazi. Only in the early 1990s immigration from the former Soviet area (over half a million people in 1990-93) would again increase the incidence of Ashkenazi Jews on the total Israeli population.

The integration of the rapidly growing Palestinian minority by virtue of its high birth rates was difficult and the conditions of the Israeli Arabs remained markedly lower than those of the Jewish majority. The permanent tension in relations with neighboring Arab countries (formally regulated by the armistices concluded in 1949) was fueled by the development of a Palestinian guerrilla whose attacks, starting from the refugee gathering areas, repeatedly generated new explosions of armed conflict.

In 1956, Israel was allied with Britain and France in the attack Egypt which had nationalized the Canal Suez, with the consequent ban on driving to Israeli merchant and blocking of the Straits of Tiran (I. Access to Tues. Red). The second Arab-Israeli conflict ended in a landslide Israeli military victory, but on the political level Israel was condemned by the UN and the international community, including the United States. Therefore in 1957 Israel had to return Sinai to Egypt, obtaining in exchange the opening of the Gulf of Aqaba.

The ‘Six Day War’ (June 1967) marked a break in the country’s history. The passage of the whole of Palestine under the control of Israel inaugurated a phase characterized by an increased centrality of the Palestinian question, by the extension of the Israeli administration to a large Arab population (almost one million people in 1967) and by reflections of this situation within the State of Israel. Resolution 242 approved by the UN Security Council (1967), which made the restitution of the occupied territories and the mutual recognition of the sovereignty of all states in the region subject to the achievement of peace, fell on deaf ears. Israel proceeded with the annexation of the eastern sector of Jerusalem (sanctioned in 1980), while in the other territories, subject to military administration,

The stalemate between Israel and the neighboring countries was interrupted by the sudden attack launched by Egypt and Syria on 6 October 1973 against Israel on the day of the Jewish holiday of Yom Kippur. The Yom Kippur War, although won, represented a trauma for Israeli society, breaking the image of security acquired in 1967, and reflected in the political framework: Labor fell for the first time below 50% of deputies in the 1973 elections for the benefit of the nationalist right; in 1974 G. Meir resigned. These developments were also influenced by the worsening of the economic situation and the growth of the Sephardi component, less linked than the Ashkenazi one to the Labor tradition. 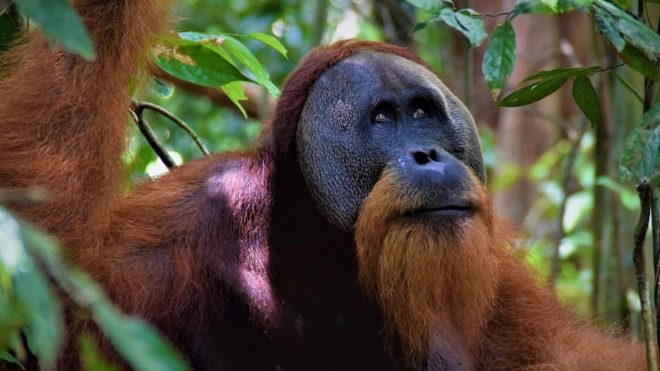