The Arab invasion, which began in 632 immediately after Muhammad’s death, wiped out in a few years the Sassanid Empire, which had dominated for four centuries and had reached high degrees of cultural splendor, opening Persia to the influences of India and China on the one hand and those of Hellenistic philosophy and science on the other. The unexpected and violent shock of the Arabs not only destroyed the Empire; it changed the whole society and the spiritual life, deeply marking the Persian culture. The Zoroastrian religion, restored by the Sassanids and erected as a state religion, a monopoly of the priestly caste, was tolerated by the new conquerors, but rapidly declined in the face of the intense work of Islamization, reducing itself in a couple of centuries to being practiced by a small minority.. We cannot speak of violent conversion, but of the genuine attractive force of a new faith, aided by economic and social reasons which were summed up in the desire of the Iranian populations to acquire full citizenship, at least theoretically, in the new state, embracing the religion of the victors. Islam deeply permeated the Persian people, receiving in exchange influences and reactions that made themselves felt starting from the generations following the conquest, which, assimilating and elaborating with the contribution of elements of their own tradition the primitive nucleus of Arab Islam, they promoted its religious, juridical and cultural developments, creating those aspects of Muslim civilization that must have been characteristic of it throughout the Middle Ages, not unlike what occurred in other countries with an ancient Islamized culture, such as Syria, Egypt, Spain.

On the political-military level, the Arab conquest can be said to have already ended around 650, except for some inaccessible areas of the Caspian coast. Persia was for nearly two centuries a province of the empire of the caliphs, a frontier mark for further expansion towards the east. But Arab tribal rivalries and Iranian national and social ferments, in the service of dynastic ambitions, caused the revolution that overthrew the Umayyad Caliphate (661-750) to explode from the frontier province of Khorasan in the mid-8th century. it replaced that of the Abbasids (750-1258), also Arabs (and even more closely related to the Prophet than the Umayyads) but supported by military and civilian forces largely Iranian. A few decades later those autonomous peripheral dynasties began to form in north-eastern Persia (Khorasan and Transoxiana) with which the disintegration of the unitary Islamic caliphate began.

According to ebizdir, the most important was the purely Iranian one of the Samanids (10th century), with Bukhara as its capital, which played a primary part in the resurrection of the Persian national and cultural consciousness, albeit within the now immutable framework of Muslim civilization. The Samanids were succeeded by the Gasnavids (10th-11th century), Turks by descent but culturally Iranian. And Turks were the Seljuks, whose advent, in the mid-11th century, recreated a great unitary state in the eastern provinces of the caliphate that lasted until the mid-12th century. Government book, written by the great vizier Nizam al-Mulk for the Turkish rulers. Nonetheless, the Seljuk century consecrated the establishment of Turkish ethnic hegemony over the Arab element in the eastern regions of the Muslim world and, within Islamism, marked the consolidation of Sunni orthodoxy against the Shiite uprisings which had triumphed in Egypt with the Fatimids, extending from there also into the territories of Iran. Here a form of extremist Shiism, characterized by a complicated Gnostic system in which Iranian religious and nationalist motifs resurfaced, animated the clandestine sect of the Ismaili (known in the West as Assassins, from the Arabic term Hashishiyya, “Addicted to hashish”), whose action of political terrorism severely tested the stability of the power of the Seljuks. The Seljuk state fell under the blows of the Sultans of Transoxiana, but these too were soon overwhelmed by the whirlwind conquest of the Mongols by Genghis khan. The impact of the Mongol hordes was traumatic.

Starting from the Arab invasion, the dynastic changes had occurred through the work of tribes and dynasties, even if recently converted, completely Islamized and participating in Muslim culture and civilization; the new pagan invaders instead behaved in the first years as on lands of conquest and the event caused incalculable losses of life and goods in the Persian provinces. Then even the nomads were assimilated by the Islamic civilization. Genghis khan’s own grandson, Hulagu, founder of the Ilkhan dynasty (1256-1349) established on Persia and Mesopotamia, while remaining pagan, he looked favorably on Islamic civilization and culture. Hulagu’s successors Islamized in religion and Persianized in language and culture; they also rebuilt and endowed those religious-social institutions characteristic of Islamic civilization, such as mosques, chapels, madrasas and hospitals, which in the first invasion had been largely destroyed. With the Ilkhan extinct in the mid-14th century, after a few decades in which the country was again divided into minor dynasties, another Mongol invasion, that of Timur, struck Persia; also bloody in the immediate conquest, but much less ferocious in the destruction and even more ready to assimilate to the civilization of the occupied territories. A new period of anarchy succeeded the Timurids (1369-1494), with the territorial division of Persia. But just as the country was falling into one of those periods of bloody chaos that had become the sad prerogative of its history, a power arose in Azerbaijan destined to reconstitute, for the first time in centuries, all of Iran into national unity. This reunification was initiated in the early 16th century under the Safavids, whose reign ushered in the modern history of Persia. 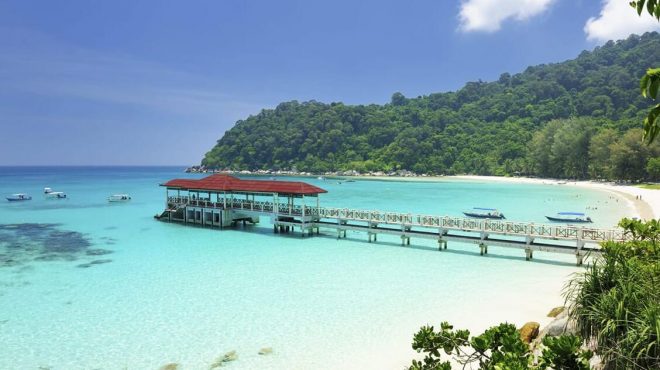