Interstate 49 or I -49 is an Interstate Highway in the U.S. state of Louisiana. The highway forms a north-south route in the west of the city, running from Lafayette through Alexandria and Shreveport to the Arkansas border at Ida. Interstate 49 follows a diagonal route to the northwest. I-49 is 382 kilometers long.

I-49 at Carmel, south of Shreveport.

I-49 begins in the town of Lafayette with a cloverleaf cloverleaf on Interstate 10. In line is US 167 through Lafayette. I-49 then heads north in 2×2 lanes through a somewhat urbanized area of ​​meadows and scattered buildings. Because of the many buildings, I-49 has frontage roads here. I-49 passes the small town of Opelousas, where it crosses US 190.

North of Opelousas, I-49 gradually leads through more heavily forested and significantly less populated area. Nearly 100 miles to the north, I-49 passes through the regional city of Alexandria, where the highway passes directly downtown and intersects with US 165. From Alexandria, I-49 follows the Red River valley northwest to the city of Shreveport. This stretch of almost 200 kilometers leads through a more sparsely populated region. The area around the Red River has meadows, but further from the river there are mainly dense forests through which I-49 runs.

The city of Shreveport is reached from the south, where the highway has a major interchange with State Highway 3132, which forms the city’s incomplete southern bypass. I-49 then continues in 2×3 lanes through residential areas to an interchange with Interstate 20 at downtown Shreveport. I-49 has a missing link for 6 kilometers to Interstate 220 in north Shreveport.

From Shreveport there is another 60 kilometer stretch to the border with Arkansas. This part also runs parallel to the Red River, where I-49 leads through more open area with meadows. North of Shreveport there are no more significant sites on the route. After the village of Ida, the state line follows, after which Interstate 49 in Arkansas continues to Texarkana, which is 50 kilometers to the north.

Before the construction of I-49, US 71 was the primary north-south route in this part of Louisiana. State Highway 1 also passed through this corridor. As early as the 1940s, US 71 had been constructed via a bypass around Alexandria. Parts of Shreveport had already been widened to 2×2 lanes.

The original Interstate Highways plan did not include a north-south route in western Louisiana. I-55 and I-59 were the only north-south routes in the state. In the 1960s the discussion arose whether a better connection should be built between the north and south of Louisiana. The state was one of the few where two important regions were not connected by highway. The Federal-Aid Highway Act of 1968 granted funding to expand the Interstate Highway system by 2,400 kilometers. However, this did not yet include the later I-49. However, in 1968 it was decided that part of the financing could be revised. This led to the Federal-Aid Highway Act of 1973until a change that included I-49 between Lafayette and Grand Bayou. This was later changed to Shreveport with the release of funding for unbuilt highways elsewhere in the United States.

Construction of I-49 between Lafayette and Shreveport

Due to the anticipation of the construction of I-49 between Lafayette and Shreveport, an upgrade of US 71 was not given priority. This route had remained almost entirely a single carriageway. Construction on I-49 began in the early 1980s, and construction was immediate over major stretches. It was one of the last Interstate Highways to be built at the construction pace of the 1960s. First, the southernmost section between I-10 at Lafayette and Opelousas opened in 1984. Major sections of I-49 were under construction in the mid-1980s, and the highway opened in phases through the mid-1990s. The road was completed on May 1, 1996, when a 27-kilometer stretch through Alexandria was opened. The construction of the 335 kilometer stretch has cost 1.4 billion dollars.

Construction of I-49 between Shreveport and the Arkansas border

In the 1970s plans, I-49 was only envisioned between Lafayette and Shreveport. This achieved the goal of connecting northern and southern Louisiana in 1996. Later, a desire arose to extend I-49 further north as a corridor to Kansas City. In Louisiana, this included the stretch from Shreveport to Texarkana.

Construction on the northern section between Shreveport and the Arkansas border at Ida began in 2010, and on November 26, 2013, the first 29 miles were opened between State Highway 1 at Blanchard and US 71 at Hosston. The rest of the highway to the Arkansas border at Ida was already completed by then, but was not opened until November 10, 2014, when the connecting I-49 in Arkansas was also completed.

In 2013, a 7-kilometer stretch between Martin Luther King Jr. Drive into Shreveport and State Route 1 under construction. This section should have opened in 2016, but the southernmost section between MLK Drive and I-220 has been delayed due to flooding. The planned opening between State Route 1 and I-220 was therefore postponed, first to 2017 and later to mid-2018. On May 31, 2017, the first 7 kilometers between Martin Luther King Drive opened. and State Route 1. On June 14, 2018, the remaining portion of I-49 through I-220 opened in Shreveport. After that, only the part through Shreveport itself is missing, a stretch of 6 kilometers.

Long-term plans include an extension of I-49 to Kansas City to the north and New Orleans to the south.

There are plans to build I-49 directly through Shreveport. This means that traffic does not have to make a detour via the I-220 ring road. The missing section is about 6 kilometers long and runs along just west of Downtown Shreveport. This is partly an existing built-up area, but this district has a lot of vacancy and unused plots. The interchange between I-20 and I-49 is already prepared for a northward extension of I-49.

Currently, US 90 in Louisiana connects New Orleans to Lafayette, and several sections are already a freeway. The intention is to convert the remaining part into a freeway and number it as I-49. The most difficult part is the route through Lafayette herself. They want to widen the existing US 90 to a highway, but for that a number of dilapidated blocks in the central reservation of the existing US 90 will have to be demolished. I-49 will then run close to downtown Lafayette, separated by a business park and railroad. Elsewhere, US 90 is fairly easy to convert to Interstate Highway. In the Westwego suburb of New Orleans, space has already been reserved for this in the median strip of US 90. Parts of I-49 may be constructed as toll roads.

It is planned to upgrade the existing Evangeline Thruway to a 2×3 lane freeway, which will become part of I-49. The current road through Lafayette consists of two one-way streets with three lanes in each direction, interspersed with dilapidated city blocks. Due to the presence of wetlands east of Lafayette, a bypass is impractical and results in too many detour kilometres, and will hardly relieve the existing Evangeline Thruway through Lafayette as 90% of the traffic on this road has a destination or origin in the conurbation. In 2014, there were 27 traffic lights on the route through Lafayette, plus a level crossing and a multitude of irregular intersections, often with U-turns. 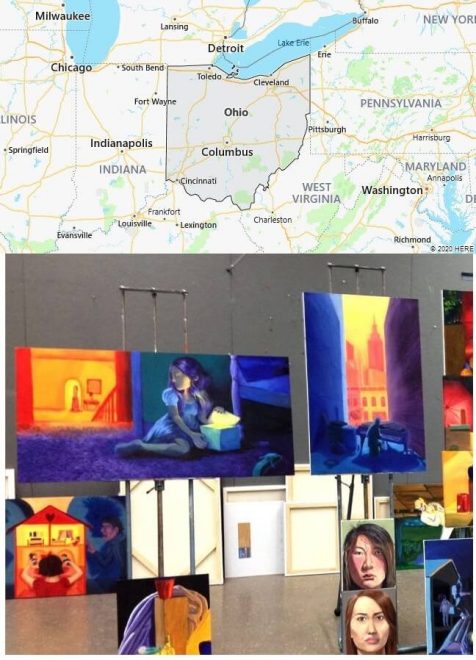 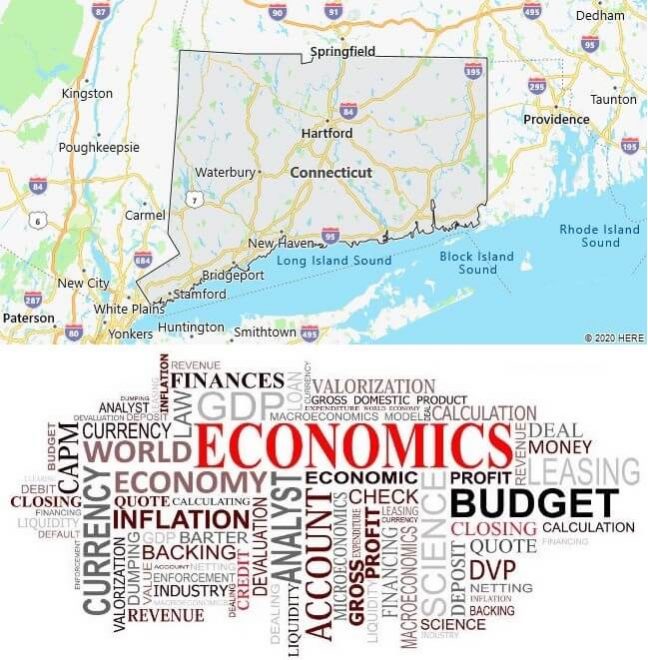