Kyrgyzstan, or as it is also called, Kyrgyzstan, is located in the region of Central Asia. In the north, the country borders with Kazakhstan, in the south – with Tajikistan, in the east – with China, and in the west – with Uzbekistan. Almost the entire territory of the country with an area of almost 200 square kilometers is covered with mountain ranges. See Kyrgyzstan abbreviations.

Kyrgyzstan stretches from north to south for 400 kilometers, and from west to east – for 900 kilometers. On its territory there are two fairly large systems of mountains: the Pamir-Alai and the Tien Shan. These systems are separated by the Ferghana Valley, which extends far beyond the territory of Kyrgyzstan.

Bishkek, the capital of Kyrgyzstan, is located at an altitude of about 800 meters, near the northern foot of the Tien Shan, right in the center of the Chui valley.

And the eastern part of the country is the most elevated part of the territory of Kyrgyzstan. Here, right on the border with China, is Pobeda Peak 7439 meters high – the highest point of the Tien Shan and one of the highest mountains in the whole world. From Pobeda Peak and Mount Khan-Tengri, the ranges diverge to the southwest and west, forming parallel mountain ranges. On the border with Tajikistan is the Chon-Alai Range with the second highest peak in the country – Lenin Peak, whose height is 7134 meters.

Inside the Tien Shan mountains is the famous lake Issyk-Kul. It is located in a tectonic basin, at an altitude of about 1.5 kilometers above sea level. The lake is surrounded by mountains Kungei Ala-Too and Ala-Too.

In Kyrgyzstan, there is a system of mountain glaciers, the area of ​​​​which is 8 thousand square kilometers. Also in the Kyrgyz Republic there is a large supply of fresh water resources. On the territory of the country there are 7 large river basins and 28 thousand rivers, of which 90% are longer than ten kilometers. The largest river in Kyrgyzstan is Naryn, its length is five hundred kilometers.

Due to the fact that the country is crossed by mountains in many places, the climate in it is very ambiguous – the high mountain regions of the Tien Shan are in a subpolar climate, the climate of the southern part of the Ferghana Valley is more like a subtropical one, and a temperate climate is clearly observed in the northern foothills. However, the climate of Kyrgyzstan has one thing in common – the air here is dry in all regions of the country, due to which there are about 247 sunny days a year.

According to 800zipcodes, the temperature in January in the valleys is -8°C, and in the highlands – up to -27°C. January is the coldest month due to the fact that at this time cold air masses come here from Siberia, Kazakhstan and Mongolia, which only exacerbate the already strong katabatic winds from the mountains. In summer, in the valleys, the temperature rises to +27°C, in the foothills almost the same, up to +24°C, but in the highlands the temperature reaches only +11°C. In summer, on the contrary, hot air masses from Central Asia do not penetrate into Kyrgyzstan – mountains prevent this.

The cuisine of Kyrgyzstan still retains its national identity. Of course, the food has become much more diverse, and many new products have appeared in the diet of the Kyrgyz: eggs, poultry, sweets, sugar, honey, fruits, potatoes, etc., however, many dishes are still prepared in the same way as hundreds of years ago.

A favorite Kyrgyz dish is beshbarmak. It is cut into small pieces and boiled the meat of a young ram, poured with broth and mixed with rectangular noodles. Also quite popular is the kulchetai dish – boiled large pieces of lamb, cut into thin wide slices, which are served with thin square pieces of boiled dough. A special meat delicacy of the cuisine of Kyrgyzstan is chu-chuk, a sausage with fat made from horse meat. Also, Kyrgyz cuisine is characterized by dishes in which meat is combined with dough – gashnan pies, gorkiyde and samsa, known to many Russians.

Recently, other meat dishes that the Kyrgyz have borrowed from other peoples have become more and more widespread:

When preparing dishes, the Kyrgyz often use vegetables: carrots, cabbage, cucumbers, tomatoes and, of course, onions. In the southern part of the country, pumpkin is popular – it is eaten with meat, added to dumplings and soup, and also prepared from it as independent dishes.

In Kyrgyzstan, many dishes are prepared from milk. Among them are sour cheese kurut, which is eaten dry or diluted with warm water, cottage cheese, unleavened cheese pyshlak and boiled cream kaymak.

A fairly large place in the national cuisine of Kyrgyzstan is occupied by flour products:

The most popular non-alcoholic drink of the Kyrgyz is tea. In the summer they mostly drink coc tea – green tea. In some areas, lightly salted fresh milk is added to the tea. Kyrgyzstan has its own special kind of tea – atkanchay, made with salt, sour cream, butter and milk.

The national drink of Kyrgyzstan is koumiss. It is made from horse milk, which is taken from a mare at a certain time. Kumis is low-alcohol, it remarkably quenches thirst and has certain healing properties. Ayran is quite popular – a slightly diluted fermented cow’s milk, which looks like liquid yogurt.

In addition to the usual alcoholic drinks for us, produced both on the territory of the country and abroad, Kyrgyzstan has its own alcoholic drinks – similar to beer made from millet and barley “bozo” and “dzarma”. 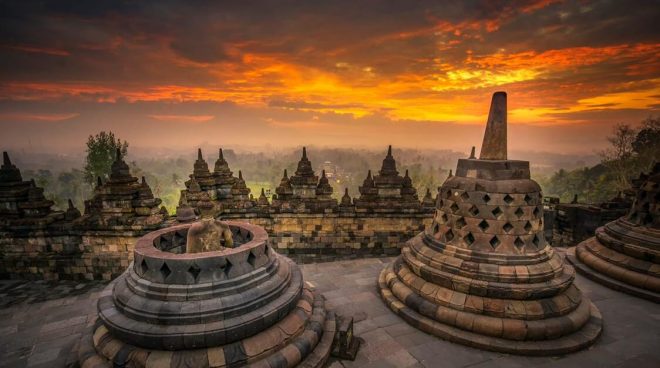